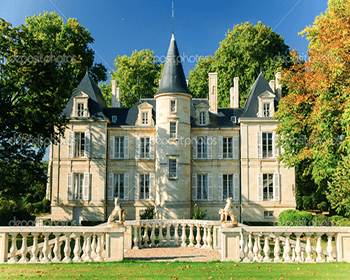 Bordeaux is a port city on the Garonne River in southwestern France. Located closely to the Atlantic coast and in the north region of Aquitaine. Built on the bend of the river Garonne, it is separated into two sections: the right bank is to the east and the left bank is in the west. The left bank is more developed due to the flowing water which is required for depth, allowing for merchant ships.

Bordeaux and the Wine Country

Bordered to the east by the restless Atlantic waves, and sheltered to the south by the dramatic Pyrenees mountains, Bordeaux and its rolling vine-covered landscape is a mellow corner of harmonious tranquility. Peaceful yet never boring; historic but never dull, you will find plenty of surprises, sights and attractions in this region, whether you are a dedicated oenophile or just enjoy sipping quaffable wine at eminently affordable prices.
This sun-drenched corner of southwest France is centred on Bordeaux, famously known as the “Paris of the South”, in the Gironde department of Aquitaine. The grand architecture and wealth of history has led to Bordeaux being listed as a UNESCO World Heritage Site – the largest urban area to receive such recognition.
The excellent food and drink found in this historic waterfront city are complemented by the surrounding rural area. Lush wooded valleys, vertiginous gorges, hilltop castles, fairytale chateaux, bastide towns, stunning beaches and giant sand dunes are all waiting to be explored amidst endless acres of golden sunflowers. Rows of carefully tended grape vines, which brought prosperity and prestige to this area, trace the undulating hills inland and indicate the main reason to visit this area – the historic vineyards or vignobles that welcome thousands of visitors to their tours and tasting rooms each year.

Bordeaux is situated on the banks of the broad Garonne River and is one of the largest cities, geographically speaking, in Europe. With 270,000 acres of vineyards producing 160 million gallons of wine, it is not surprising that the region is considered the greatest fine-wine region in the world. The region is watered by two main rivers, the Garonne and the Dordogne, which flow westwards into the Atlantic Ocean.
Bordeaux dates back to Roman times, with a 2nd century amphitheatre and a history of wine production dating back to 37AD. The 11th century cathedral was where Eleanor of Aquitaine married the future Louis VII, bringing Bordeaux under English rule for the next 300 years and ensuring a steady market for its claret wines. Gothic architecture is in evidence in the 14th century Basilique et Fleche Saint-Michel, which has the second highest belltower in France at 114 metres. However, it was during the 18th century that Bordeaux flourished with its busy port paying for the grand neoclassical buildings overlooking the Garonne River waterfront.

Surrounded by many revered wine-producing chateaux, Bordeaux is responsible for 57 wine appellations and a €14.5 billion economy in the wine trade. Naturally, it offers some delectable red and white wines at very affordable prices. In fact it is one of the few places I know where a litre of wine is cheaper than a litre of petrol!
The rich well-drained soil, temperate climate and sheltered position are ideal for grape-growing. Different terroirs produce different wines, resulting in a range of varieties such as cabernet sauvignon, cabernet franc, pinot noir and merlot.
Different regions further divide Bordeaux’s wine area with the best known sub-regions being the Medoc, Lamarque, Margaux and Pauillac, the latter two producing the highly regarded and equally pricey Château Lafite Rothschild, Mouton Rothschild and Latour Premier Grand Cru wines. East of the Dordogne lies the sub-region of Graves, famous for its white wines, and St-Emilion, home of the historic hermitage and noteworthy Château Cheval-Blanc wines. Finally, the Sauterne sub-region is famous for its sweet Muscadelle, Semillon and Sauvignon Blanc wines. Wine tours of these famous wineries include transport and tastings at a number of wineries in the area.

Bordeaux is best explored on foot with narrow mediaeval streets opening out onto large squares lined with open-air cafés. It is very flat city, both in natural terrain and the lack of high-rise buildings. The miles of grand buildings overlooking the river have wide pavements for promenading and the architecture is typically Parisian, with black mansard roofs pierced with oval “oeil de boeuf” dormer windows.
The most impressive plaza is the Place Royale, housing the massive Palais de la Bourse and the Hotel des Fermes, which now accommodates the National Customs and Excise Museum. Across the busy four-lane highway you can reach the newest addition to the waterfront – the Mirroir d’Eau. The wet slates perfectly reflect the magnificent architecture nearby.
The original gateways to the city can still be seen, their towers standing like grand sentinels topped with conical turrets above each narrow portal. The Grosse Cloche dates back to the 13th century, housing a huge bell which weighs 7,800 kg and topped with a stunning golden leopard weathervane. Further along the original city wall, the 15th century Porte Cailhau is another must-see.
Narrow streets and mediaeval buildings in the Saint-Pierre district contrast with the wide boulevards around the Grand Theatre, built in 1773. Opulent within, the theatre has a portico supported by 12 columns and rooftop statues represent mythological muses and goddesses.
Go shopping on the lengthy Rue St Catherine, explore the Jardin Botanique or visit one of Bordeaux’s excellent museums. For an upscale experience, prepare to be wooed by noteworthy restaurants in the city, or choose an informal waterfront restaurant and enjoy the stunning view as you dine on mouthwatering French cuisine, washed down, of course, with a rich Bordeaux wine.